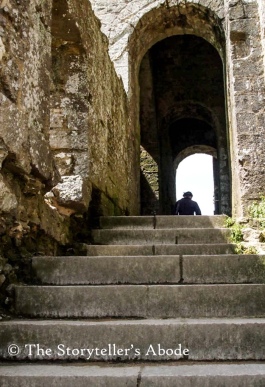 Entry to this week’s FFfAW! Image courtesy of The Storyteller’s Abode.

Cain stood at the edge of the world. Behind him lay the universe he built. Cycles upon cycles he had folded; iterations beyond what mortal and immortal memory could recall. In front lay the white, a domain he cannot fathom for the black shields him from sight. But now his world is failing; temples crumble into ruins, honoring gods once alive but now dead.

Taking off the mask, a shadow is cast and two steps he takes.  His right launches him forward, disintegrating the ground beneath and crippling one half of his body. A necessary sacrifice he felt for it would allow the other half to survive. His left stabilizes his flight as he braces for an impact that may never come.

Check out other works at