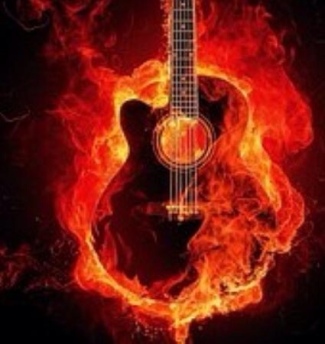 Entry to this week’s FFfAW!

The guitar chose Selene. Its voice, she’s heard long before she could see. Its songs taught her another way to speak. A prodigy the world called her since the age of three. They performed everywhere, circuses and concert halls alike; their duets produced music of the divines. But on one fateful day, center stage in front of a packed house, she simply stopped and walked away. Those close to her heard the early signs.

That night, she threw the guitar into a furnace, and turned voice to char. Years followed as she wandered city to city in silence. Some thought her mad. Others thought the guitar possessed her. The truth only she knew.  Her muse had died. A past life awaited her return.

Check out other works for this week’s prompt at