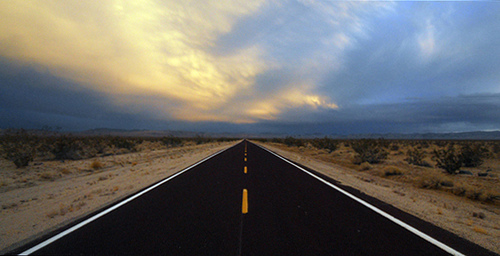 One vanishing point. A road stretches into eternity for none have found its end. An old man gazes into its horizon, where rolling clouds under the ocean blue sky met the orange of the desert. Behind him belies an abode, closer to a memory than an actual home. This is where he began, where he first saw his own reflection. The vanishing point gazes back, tempting him to follow suit and push further than all the countless attempts of the past. Buried treasure awaits him at its end he thought; his eyes preserved the last of the road’s memory. Geared up for the long pilgrimage, the vanishing point moved itself just out of reach.