Sisyphus descends a spiral staircase connecting heaven to hell. He’d been demoted at his job and now tasked with lugging a square boulder up and down the steps. Along the way, he encounters the ghost of Virgil who remarks that his situation had taken an abysmal turn. Sisyphus inquired if his situation was truly more futile than before. The task remained endless, yet rest proved monotonous for nothing would change and he’d lapse into ennui. Virgil guffawed and then gifted Sisyphus a clock so that he’d suffer equally in mind, body, and spirit. 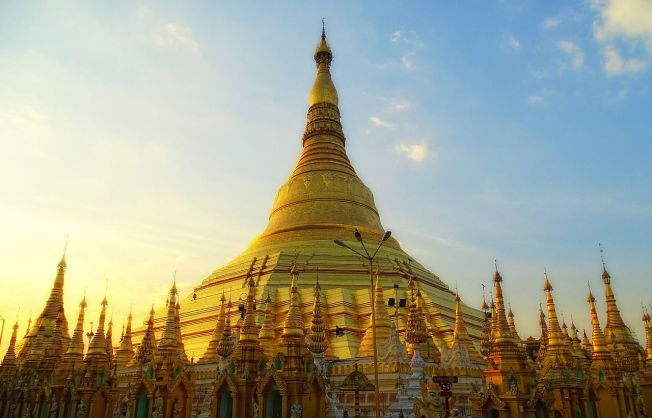 Envy: The tyrant wanted a piece of the sun. Confiscating all the gold in his kingdom, he built a palace high above the Eastern mountains and coated it with the element. This way, he will always wake up to his monument reflecting the light before dawn. The palace took a decade to assemble. On the day of its completion, he boasted to the sky that he will now be first to rise. The sun then blinded him.

Generosity: The prince had renounced all earthly possessions. His wealth, connections, and time would be given away to his people and the Buddha’s teachings. The royal family disagreed and trapped him in the palace. There, he mediated without eating or sleeping until word reached his people and they started donating aid. The family eventually relented but when they opened his chambers, the prince had already transcended. His body turned to gold.

The old decrepit house on Willows street was said to be possessed every Christmas eve. An eerie fog would gather around its gated premises and the normally dormant glass globes by the broken windows would glow a menacing red. Its previous inhabitants, a young family who settled in several decades ago, had been driven mad; the couple wound up in separate asylums and their children orphaned. Curiously, all the members had developed an aversion to pies of all things. The father’s insane ramblings oscillated between the gift of a divine custard and the devil’s hellfire that incinerated it. The mother reenacted the preparation of the same meal that would always end with an iron mold placed in the oven. The two children had night terrors about utensils and cutlery. The police couldn’t make heads or tails of the case until they hired an exorcist to treat the afflicted. When the priest finished his work, he asked the detectives, “have you found the friend?”

Clark heard a whisper in his right ear. He had been climbing the rock-face of the Yosemite for seven days straight, hardly getting any sleep under the mountain’s shadow. With his head turned, he heard another whisper, this time from his left and a bit more coherent.

“Turn back. This is not your time.”

The mountain then rumbled as several loose rocks tumbled down the cliff side.

“No!” Clark hissed. “Not after that wench left me!”

A jostle of voices now rang between his two ears, almost making him convulse under the strain of his weight. He gasped for breath as sweat evaporated off his forehead. Then he heard it. Her voice rang from up above, beckoning him to come in jest.

Anger seethed from every pore as he tore his pickaxe into the overhanging rock. The mountain however would have none of it. The pickaxe broke off a piece that sent both Clark and the rock-face rolling. When the dust had settled, the tears of rage were no more. They found their peace in the murmurs of the cold-water stream below.

Entry to this week’s Sunday Flash Fiction at https://sundayphotofictioner.wordpress.com/

Long ago, a young anemic who fancied autumn’s display had drowned in a lake. A strong wind had accidentally blown her scrapbook of leaves into the water; she followed suit but couldn’t swim. Pitying the tragedy, autumn gave her a second chance at life. A carpet of leaves raised the body out of the cold waters and the wind breathed new life into her. She was given the name Fairchild and tasked with bringing forth the start of fall.

Everywhere she went, a whirlwind of foliage would follow. The leaves would lend her a small fraction of their remaining lives. In turn, she painted them a brilliant orange and showed them the wider world. Up steep mountains they flew and down into lush woodlands that rolled endlessly over hills and valleys. However, the one place she could not visit was the water. When she tried dipping her toes into a lake, a swarm of leaves would cover its surface and support her weight. She could never figure out the reason till later in the season when only a few leaves remained.  But as her feet glanced the water, the memories of her previous life resurfaced, suspending her in a nine-month long dream. The mortal reminder would mark the end of her duties, a period of rest, and the start of winter. 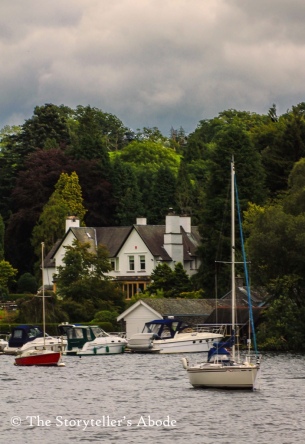 Entry to this week’s Flash Fiction for Aspiring Writers at https://flashfictionforaspiringwriters.wordpress.com/

The FBI raided the lake house. Pablo had been using the site as a front for his “fishing” business. His men would bring the catch in, gut them, and stuff the insides with bags of cocaine before placing them back on ice for distribution. While the stench allowed the shipment to make it through customs, not all of them were properly dead. Some of the locals reported that they flopped about, despite missing their innards. Even when the police investigated and released a portion back into the sea, many of them could still swim. In fact, many swam right back to the lake house where they got their first hit. When the FBI tracked them back to the scene of the crime, they also discovered a secondary fish-fighting operation. The court charged Pablo on two accounts. One for drug trafficking. The other for mixing business with pleasure.

Entry to this week’s Sunday Photo Fiction at https://sundayphotofictioner.wordpress.com

“Drive you sorry excuse of a Guzzler!”
“Little station wagon lose control of her motor?”
“My wheelchair’s got more go than you!”

As Lewwie Boi took the punishment from the mob, Hitmen spun circles around him. The former tag-team duo had owned the demolition derby circuit but their partnership now hung on a knife’s edge. Hitman wanted glory and would execute in operatic fashion, dismantling his opponents one part at a time. Lewwie Boi simply did it for the money. Their aims were not mutually exclusive till today’s event when Hitman took Lewwie Boi’s girlfriend hostage.

“Let her go! And I’ll make sure not to cripple you too much”, spewed Lewwie Boi through the loudspeakers.

“Only if you can catch me in that matchbox turtle of yours!”, retorted Hitman with a maniacal tone.

Right when Lewwie Boi ignited his engine in full, a third truck explodes into the arena, fireworks and all.

“It’s Monster-Rig!!!”, the former tag-team shrieked between the frenzied cries of the crowd. “The undertaker has come for us. We gotta take him down now!”

But alas, the tag-team duo was no match against the monster-truck / big-rig hybrid. Goliath retired them to the junk yard.

Entry to this week’s Flash Fiction for Aspiring Writers at https://flashfictionforaspiringwriters.wordpress.com/. Photo courtesy of Graham Lawrence.

Lucia held her breath. If she let the paint dry and the canvas framed, nothing would move again. The garden that burned with vibrant greens and crimson violets would stop its sway. Whizzing dragon-flies and fluttering birds would halt mid-flight.  Sun and moon would forestall their billion-year cycle. Life continued so long as her brush continued she thought. However, this was a mistake. She recalled a nugget of wisdom. “An artist should know when the work is complete but not before.  Too early and the painting will feel wanting. Too late and the painting will do too much.” As these questions nagged at Lucia, her husband in the distance announced that lunch was ready. Lucia’s vision faded and the memory of her late grandmother and her final words evaporated into thin air. The painting was done.

Olaf was a curious lad. He had a habit of smelling every person he met. Rather than a quick whiff in passing, he would inhale a deep breath through the nostrils to try and discern the other’s true nature. Many of his conclusions were spot on. A panhandler who smelled of clean aftershave turned out to be only a part-timer.  The frat boy who made wild passes at the young lady had clear breath and only pretended to be drunk.  That young lady who sweated the frat boy’s advances was actually pregnant but didn’t know it. So when Olaf took up bartending, both his curiosity for new scents and his interest in human behavior could be satisfied.

One Friday night during the busiest time of the season, an anxious gentleman in suit and tie walked in through the front doors.  A strange scent, never before sniffed, had followed in his wake. At first, Olaf thought of some foreign cigarette brand mixed with in some exotic oils but the emanation had been clearly masked by the odor of heavy perspiration of a nervous and almost terrifying sort. What was this man hiding? As the thought wracked his mind, Olaf caught the final whiff that would solve the puzzle. Without a moment to lose, he grabs the nearby fountain hose and aims it straight at the man’s chest. Time slows to a near standstill as the gentleman shuts his eyes in a death-like repose. He mutters in a thin whisper…

“S…a…k…e…,     S……A……K……E……,      SAKE-BOMB!!!” right before the torrent of water douses the explosive-laden jacket and knocks him out cold. In the aftermath of the attempted suicidal bombing, the investigators inquired as to what tipped off the assailant. Olaf responded, “I smelled gunpowder. LOTS and LOTS of gunpowder”.

Entry to this week’s Sunday Photo Fiction at https://sundayphotofictioner.wordpress.com/

At the edge of the cosmos, a small comet impacts a planet. Deep within its nucleus, Fate preserves a relic from a distant past. Her bosom houses a patch of roses that had miraculously survived the destruction of a previous world. A lover of life had suspended the roes patch in time so that they neither bloomed nor wilted during their long flight through space.

When the denizens of the new world discovered the crash site, they also found the rose patch intact. Some who feared its unknown origins threatened to burn the ground from which it stands. Those who wished to examine its properties wanted to dissect its body pedal by pedal. Others who attributed its coming to divine providence wished to enshrine it within a receptacle for the ages.

For such reasons, the rose patch refused to bloom until one day a courageous young girl dared to approach. Recognizing it for what it was, she cusped her hands around a single bud and inhaled its scent. The warmth of her hands awakened the rosebud from its stasis and its petals opened to reveal a deepest red never before seen. Her cheeks flushed a ruddy complexion as the lover of life smiled.

This work is licensed under a Creative Commons Attribution-NonCommercial-ShareAlike 4.0 International License.
Snapshot Vignettes
Blog at WordPress.com.